Do you know diode circuit designs ? Aovx engineer list the the most common 8 designs , today !

In Aovx's asset monitoring device, diodes are often used. In the previous discussion, the types and functions of diodes were also introduced.

As a logistics visualized supply chain management solution provider focusing on the field of wireless communication. Generally , in the Aovx asset monitoring device, the diode is the core component of the integrated circuit and can also amplify the signal. ACC ON OFF Detection

But the features function design can not do without diode , if you have more interested in this ...Lets learn the Common circuit design of diodes immediately 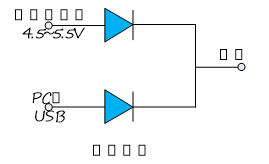 When performing digital signal transmission, it is often encountered that the digital voltage domain of the GPIO is different. For example, when a 3V MCU communicates with a 5V MCU through serial port, in order to prevent the interface of the 3V MCU from being damaged by the 5V voltage, the direct connection method cannot be used. At this time, it can be level-shifted with a diode (transistor and MOS diodes design will also be used).

In Figure 14-2, A and B are connected to two interfaces of different voltage domains respectively, and the B terminal is set to a low level, so that the diode is forward-conducting, and the left A terminal is clamped at about 0.6V (specifically Look at the turn-on voltage parameters of the diode used), while the logic level of 0.6V for the 3.3V voltage domain is a low level, that is, the A terminal also appears as a low level. Since the inductive device has a very important characteristic, that is, the current cannot be abruptly changed, so it is necessary to add a freewheeling loop to it. Due to the sudden opening of the originally closed switch in the left picture of Figure 14-3, the current path flowing through the inductive device changes instantaneously, and the current will pass through the surrounding air to form a current loop. However, the impedance of the air is very large, so the current flowing through the air will generate a very large high voltage, resulting in sparks. If a triode or a MOS diodes is used as a switch, such a high voltage can easily damage the switch diodes.

In the right picture of Figure 14-3, the diode is used to freewheel the current when the switch is turned off, thereby preventing the sudden change of the current of the inductive device and causing high voltage damage to the switch diodes. 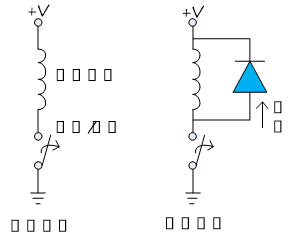 The clamp circuit on the left side of Figure 14-4 limits the output signal between -5.6V and +5.6V. It is required here that the reverse breakdown voltage of the diode must be greater than 10.6V. This circuit is a standard protection circuit at the input end of CMOS series digital logic circuits, which needs to protect the interface from electrostatic damage.

The limiter circuit in the figure on the right limits the output signal to ±0.6V. This circuit is mainly used for input protection of high gain amplifiers. 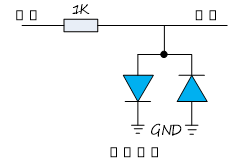 Detection is to use the unidirectional conductivity of diodes to obtain unipolar waveforms. If the input signal is a sine wave, we can also regard it as a rectification process, such as the rectification application of diodes in power supplies.

In the left side of Figure 14-5, the input pulse signal passes through a differentiator composed of C and R1, so that the edge signal of the input pulse signal is allowed, and after passing through the detector composed of D and R2, the output is greater than 0.6V. signal (the forward voltage of the diode is set to 0.6V), so that an edge corresponds to a pulse. But this kind of circuit is not suitable for the input signal whose peak-to-peak value is less than 0.6V, because there is no output. Comparing the input and output waveforms, it can be seen that the diode needs to withstand a peak voltage when there is no back-end capacitor.

In Figure 14-8, the blue curve is the 10VAC waveform, and the red curve is the rectified output waveform. We can also see that for the input, the output voltage has a diode drop. 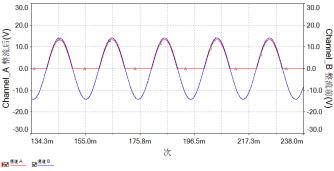 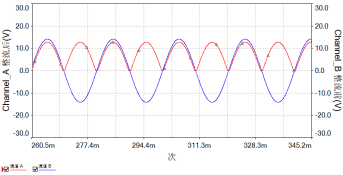 Starting from Vin input, the time delay in the time period when the VRC voltage has not reached the Vz value is determined by the values of Rin and Cin.