researching assets tracker? Learn the characteristics and working conditions of the triode firstly!

In this hardware knowledge workshop, our engineers continued to analyze the triode, which was the topic of the previous week.

The triode plays a very important role in our tracking device, mainly as a switch controlled by the device signal. For example, during the operation of the cargo tracking device, the main function of the device is to monitor the real-time location, storage environment, movement status and other data of the cargo during transportation. Avoid problems such as loss, exchange, deterioration, serious collision loss and other problems of goods during transportation. After the device's sensor collects data, the triode completes the operation of transmitting signals from the hardware device to the cloud backend by controlling the device's signal switch.

Learn the input and output characteristics of triodes 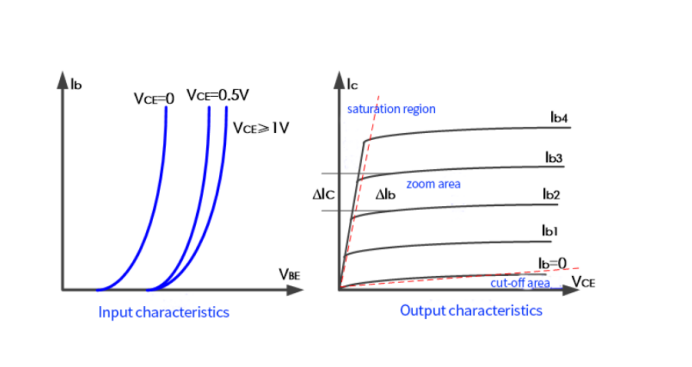 Input characteristics: describe the relationship between the base current L(b) and the emitter junction voltage drop V(be), that is, L(b) is determined by V(be).

In fact, it is the characteristic exponential relationship between the forward current of a PN junction and the applied voltage. Generally, when V(be)>0.7V, there is an obvious base current L(b).

Let's take a look at why V(ce)=constant, because we want to establish an input relationship, then we will make it constant first to affect the relationship. The increase of V(ce) will cause more free electrons from the emitter to be drawn into the collector to increase L(c), thereby reducing the free electrons involved in recombination in the base, which will reduce L(b) . At this time, if you want to keep L(b) unchanged, you need to increase the voltage of V(be), so that more free electrons are injected from the emitter to the base.

By the way, when the voltage of V(ce) is large enough, the free electrons in the emitter region are basically collected to the collector, and the collector current will not increase any more.

In the cut-off region, because the input V(be) voltage is too small, the base-emitter junction is not turned on, so that L(b)=0. In this way, even if V(ce) is large, L(c) has almost no current. This also shows that when L(b)=0, L(c) has basically no obvious relationship with V(ce).

In the saturation region, the output current L(c) increases rapidly and linearly with the increase of V(ce), and remains basically unchanged with the increase of L(b). Under normal circumstances, the vertical dotted line in the right figure of Figure 16-1 is about 0.3V, that is, after the transistor is saturated, the saturation voltage between the collector and the emitter is V(ces)=0.3V. In the magnified area, L(b) is a step change of the equidistant relationship, resulting in a set of equidistant parallel lines. This shows that L(c) has nothing to do with V(ce), but directly generates L(c)=β*L(b) relationship with L(b), or the triode in this state is completely driven by the voltage V( be) input, current L(c) output transconductance device, voltage-controlled or current-controlled current source.

When , the triode basically enters the saturation state.

Amplification: When the forward bias of the emitter junction is satisfied, if the base input current is relatively small, the amplification relationship of L(c)=β*L(b) will be satisfied.

Always keep in mind the effect of temperature on triodes

The temperature characteristics of the triode are parameters that our hardware engineers must consider. Problems such as circuit errors and component performance changes caused by temperature changes must be fully considered in the design of electronic products, otherwise irreversible design consequences may occur.

As shown in the left figure of Figure 16-2, the input characteristic curve of the triode shifts under the influence of temperature, which is basically consistent with the temperature characteristic of the diode. This effect is also concluded in the quantitative relationship produced by the E-M equation. When the base current L(b) is constant, V(be) decreases with temperature at a rate of about 2.1mV/°C. Likewise, if V(be) remains constant, L(b) will increase as the temperature increases, and vice versa.

As shown in the right figure of Figure 16-2, in the relationship between the output characteristics of the transistor and the temperature, L(b) of the same bottom mark of the solid line and the dashed line are equal. When the temperature increases, it can be directly seen that the output current L(c) increases, which also shows that the current amplification factor B=L(c)/L(b) is increased under the influence of the increase in temperature. 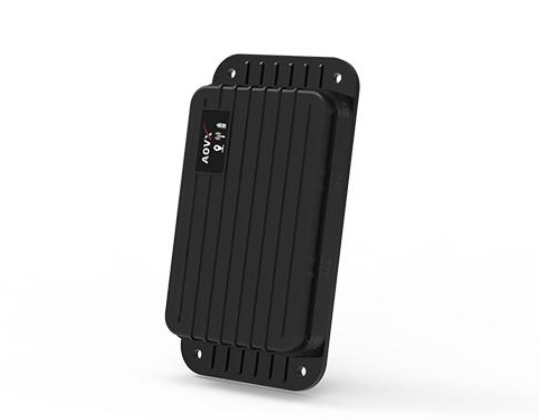